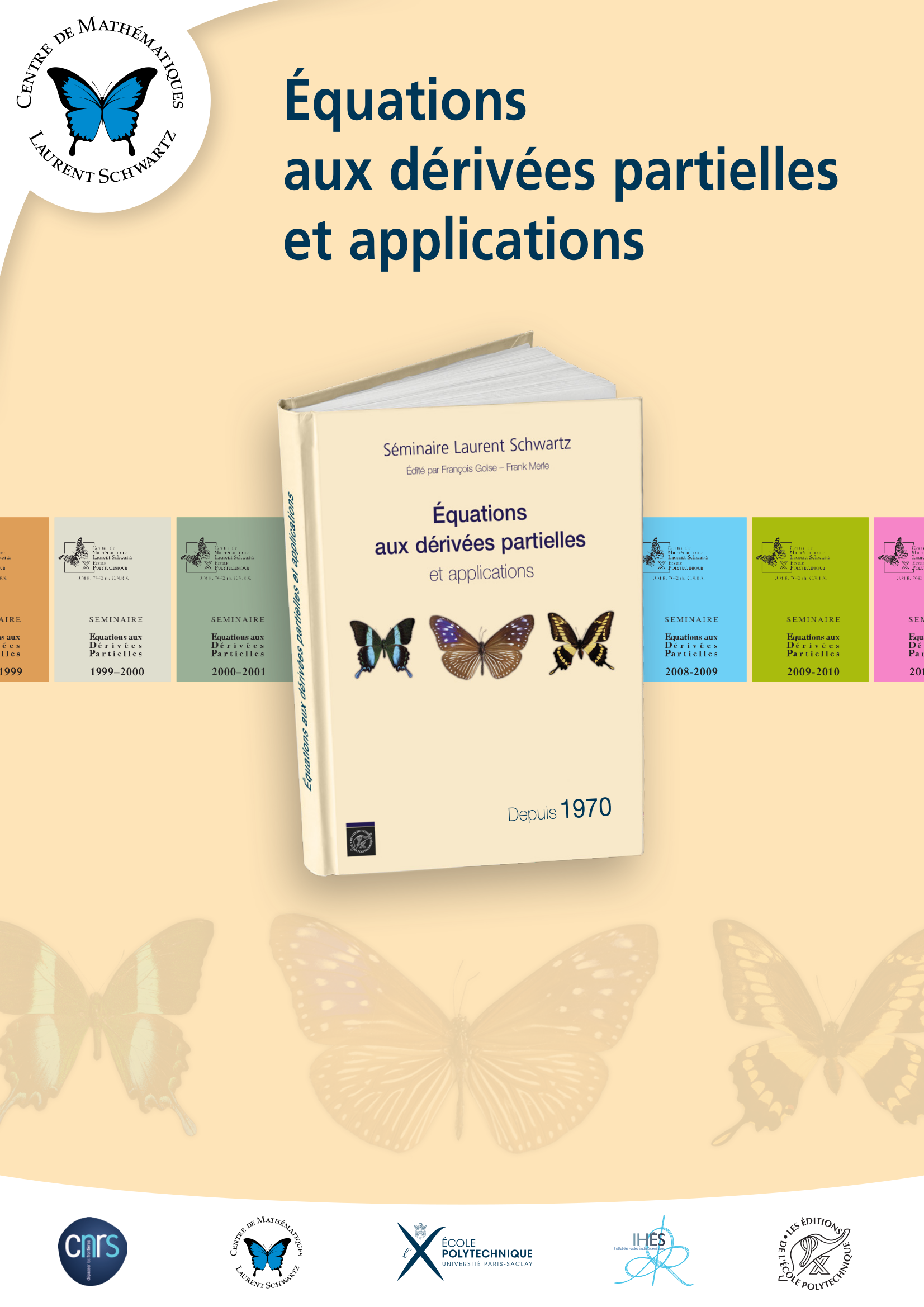 The Seminar on Partial Differential Equations was founded in 1970 at École polytechnique by Laurent Schwartz and Charles Goulaouic. It has been continuously organized and run by the Centre de mathématiques de l’École polytechnique since then.

This seminar has played—and continues to play—an important role in spreading research throughout the analysis community, both in France and abroad. From its beginning up to 2010, the proceedings of the seminar were published annually by the Éditions de l’École polytechnique.

For those years, the title of each volume combines the names of the seminar’s organizers with Séminaire X-EDP. The various articles are referenced in the MathSciNet and Zentralblatt data bases, and the texts are freely accessible on the Centre Mersenne web site. The texts are now published online as soon as they are accepted by the organizers of the seminar.

Since 2011 the École polytechnique has organized the Seminar jointly with the Institut des hautes études scientifiques (IHÉS). On the occasion of the 40th anniversary of its creation, it was decided that the seminar would henceforth be entitled Séminaire Laurent Schwartz.

Let us mention the people who have actively maintained this seminar since its beginning: